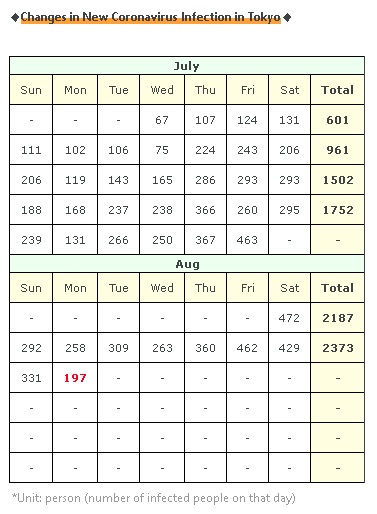 The number of new infections in Tokyo was in the 100s, which was a long time ago.

It was the first time in 2 weeks when I looked it up! 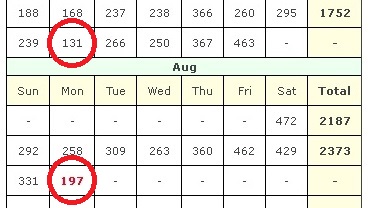 I hope tomorrow will be few again...

・Infection within the facility [8] people

*5 rich contacts stand by at home

・ Having dinner at a friend's house with 10 people [2] people

*One girl, suspected to be a domestic infection, but  Nursery closed for a while just in case

→A restaurant with entertainment at night in Chiba city [3] people

*4 people have already been confirmed infection

*The number of people staying in downtown at night is steadily decreasing, probably because of the prefecture's own declaration of emergency.

I didn't have a conspicuous article because it was a holiday, so today I'll try the trial calculation I wanted to do!

What to calculate is...

"How many new infections are in each prefecture when converted to the population of Tokyo?"

*The calculation method is as follows.

When converted to Tokyo, Okinawa has 490 people, and the infection has already spread completely more than Tokyo, and COVID-19 is already widespread...

Also Osaka, Fukuoka, and Ishikawa, when converted to population of Tokyo,

The infection has spread in Osaka (185 people), Fukuoka (189 people) and Ishikawa (140 people), where are almost as much as Tokyo.

So we can't feel relieved yet in each prefecture.

The traffic situation on Obon today is...,

Around 5 pm, there are about 3 places of traffic congestion up to about 20 km, 40% less reservations for empty flights, and the occupancy rate of the Shinkansen is 40% or less, it seems that quite a few people are refraining from going back to their parent's home.

It would be great if the number of infected people would really decrease after Obon!