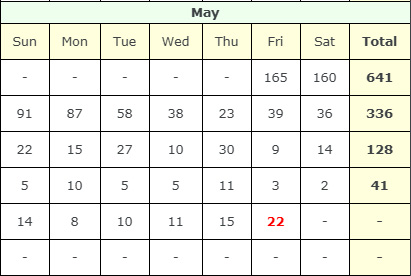 22 (+7 from the day before) new infections confirmed in Tokyo.

The number of new infections in Tokyo will increase day by day...

I can not say anything because there is no clear report

or whether the "entertainment district at night" has begun to reopened and it is increasing the infection.

Anyway, please be very careful when you walk outside...

the number of people whose infection route is unknown is [13].

the comment from the person in charge of the capital is coming out.

“There are some cases of suspected infections at restaurants(?) that serve customers and parties with friends. "

In addition, 5 patients out of 22 newly infected persons in Tokyo are included at Musashino Central Hospital in Koganei City, which is worried about nosocomial infections.

but I will put it here because there is a place that can be understood by the comment of the person in charge of the capital! ↓

And this is a trial calculation of how many people in Japan are actually receiving medical treatment!

It didn't decrease much today.

Rather, the number of new infections nationwide was too large today...

We want to put up a little more and let the COVID-19 completely converge, right?

And (to the upper part) I was surprised that the number of new infections at the airport that I added from yesterday is so large,

or that it is not regulated in this situation...

So, I want to say again,

Really when you go out,