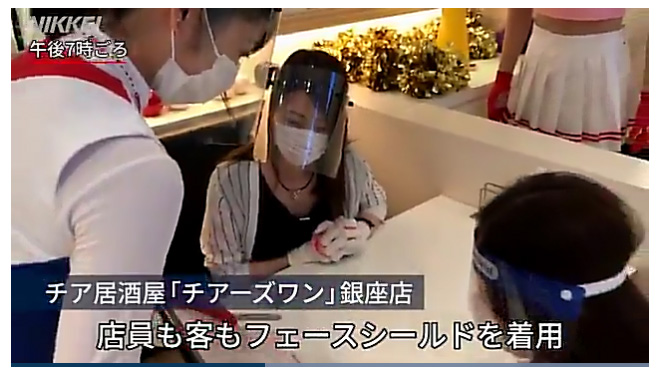 It has been several days since the declaration of emergency was lifted,

but the number of new infections in Tokyo is increasing day by day...

When collecting information while compiling the total for the past few days,

I often see a statement from the person in charge of the capital saying,

"Infections in entertainment district at night are increasing",

so this time I searched about it!

In the first place,

I was in a state where I couldn't even tell how much "entertainment district at night" was open or not...

Here's what it says:

"Recently, the number of cases of infections in entertainment district at night has begun to stand out.

And here's what it says:

"Recently, I have been calling attention to the fact

that multiple infections have been confirmed in people

who work in nightlife districts such as girls bars and host clubs."

Actually, I couldn't find out how many "entertainment district at night" places were open,

but when I walked around in Tokyo, 70% to 80% of the places ware open while reducing the time.

I also don't know about other "night streets" because I'm not going to do that (lol),

but I've told you about two articles in just a few days!

↑  This article is saying that about 30% of the shops are said to be self-restraining while doing open behind them back,

70% of the shops were self-restraint.

Before the declaration of emergency was actually lifted, the number of new infected people in Tokyo was a few in a day,

(at least until near the cancellation of the emergency declaration)

The majority of stores in the "entertainment district at night" also refrained from doing business, right?

↑The contents said that

“The roadmap of Tokyo has no prospect of resuming business at live houses, cabaret clubs and night clubs."

"Therefore, Ueno cabaret clubs and clubs resumed business all together from the 26th."

"The Ginza club area is preparing to resume operations from June 8th."

The people who work there and the managers can't live without working, which is a difficult place. ..

If possible, it would be different if the government and the metropolitan government compensated for the leave in order to converge COVID-19.

The conclusion is that the declaration of an emergency has been lifted,

so the number of people in the city is increasing,

and the “entertainment district at night” is reopening,

and I think that it will continue in the future.

but at least everyone who read this,