トップ > 英語 (english) > Where can the emergency declaration be lifted? [COVID-19] 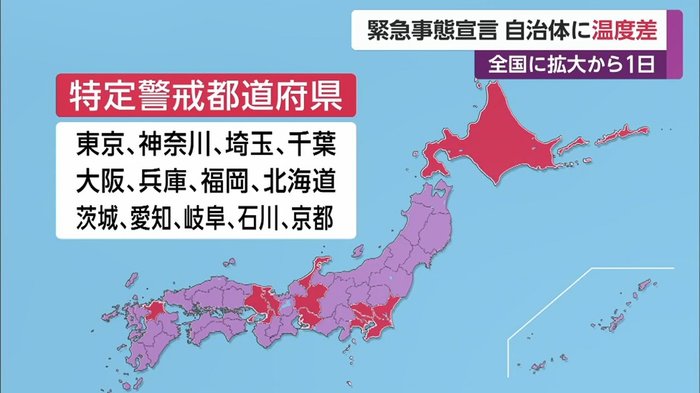 It is a preliminary report,

but it seems that the number of new cases of new coronavirus in Tokyo today is 10 !!

Finally, you can see a single digit ...!

However, if you take care of it here,

it will spread again like South Korea and Wuhan in China,

so you must contain it so that it will not spread again...

It may be the day when the emergency declaration may be partially cancelled.

I've been investigating exactly where it may be released!

The following prefectures are likely to be released.

②  Ibaraki, Aichi, Gifu, even among the “specific warning prefectures”

The policy will be officially decided on May 14th tomorrow.

and the standards for issuing an emergency declaration again at that time will be announced.

Certainly, when I compiled the statistics and figures on the number of new infections per day every day,

I felt that there were almost 0 or several people except Hokkaido, Tokyo, Kanagawa and Saitama.

And it is the following.

Finally (depending on the area) you can see the goal!

There are many places to think about the economy after the cancellation,

how to open a store, and how to restart a company,

but I'm really happy to be able to return to a normal life for the time being.