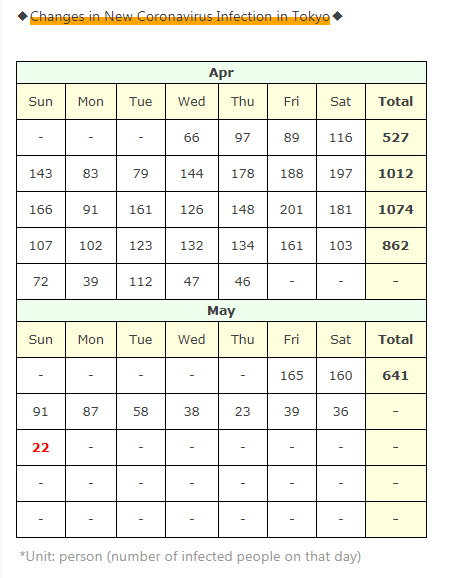 22 (-14 from the day before) new infections confirmed in Tokyo.

Even though it was Sunday,

the number of new infections in Tokyo was double digits for eight consecutive days!

The number of new infections in Tokyo is approaching 10 level!

And also The number of newly infected people all over the country was double-digit today.

I pray every day that the number will decrease. ..

I have posted several blogs today and I was able to tell you a lot about it,

but despite the government's self-restraint "request" that has little reward in return,

it is witnessed that the majority of people in the city are sparsely and self-restraint.

It was a day when I was proud to say "I think Japanese people are amazing ..."!