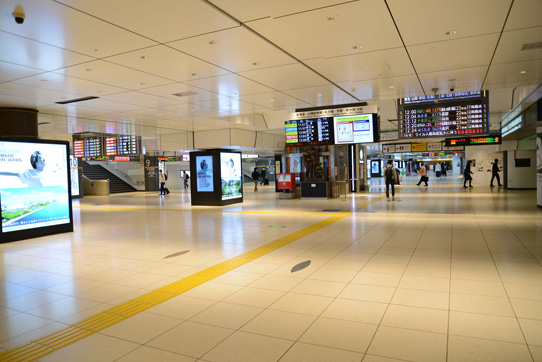 From March to today,

and somehow hidden by COVID-19,

but I think that the weather is strange...

And I feel that the number of people is increasing day by day,

probably because the infection has gradually decreased in the city.

Nevertheless, it is less than half compared to "Complete daily life"!

By the way, this time

"If such an infectious disease spreads, what is the correct answer?"

With that as the theme, I would like to summarize my research!

"Which is the correct answer" depends on the national character and timing,

and "This is the correct answer!" I don't think it's not easy to say,

everyone have idea in them mind, "I think they should do this?" !

I also have. lol

So, I would like to summarize the Correspond and countermeasures of each country around the world, how to actually deal with them!

(*Since each country has different climates and national characteristics, it is not possible to make a simple comparison, but I will summarize them as a guide.)

First of all, the following can be considered roughly as a countermeasure.

④Take no measures. Leave it to the flow of nature.

What happened to each result?

It looks like a measure taken in China or South Korea.

It seems that in China, a system called "health code" has been started to manage individual behavior.

As a side note,

The color is displayed on the screen in three stages  ”Green” , ”Yellow" and "Red",

"Red" infected (need to quarantine for 14 days at own expense)

Any person can see at a glance.

(It's almost mandatory because they'll need to show it when they enter public transport or commercial facilities.)

In Korea, it is said that it monitors and isolates people suspected of infection by monitoring the history of credit card use and location information of mobile phones and the activity history with 8 million surveillance cameras in korea.

This is a measure that many countries are taking.

*Unlike Japan, there are penalties

Examples that did not work (Italy・Spain etc.)

③loose regulation and Call from the government

It seems that Australia and other countries also tried to maintain economic activities such as maintaining corporate activities while maintaining social distance.

"countries in which the government expects a high degree of national character that responds only to loose regulations and calls!"

"countries in which the government expects a high degree of national character that responds only to loose regulations and calls!"

*In Australia, infected and returnees will be quarantined for 14 days.

④Do not take measures. Leave it to the flow of nature.

*Click here for explanations on collective immunity and methods of convergence

What was the result?

The population varies greatly from country to country, so please pay attention to these two!

[Number of deaths per million population]\

*I have to trust the numbers announced by each country, but I will trust them! (Lol)

*Hight number are in red.

How about that data?

If you Looked at only the numbers, differences are only just slight,

However, it is difficult because some people think that "the ultimate goal of acquiring collective immunity is to be infected a lot but not die"...

What about the number of deaths per million people?

②The countries that have been city-wide blockade

④Do not take measures. Leave it to the flow of nature.

Those countries obviously have a high death toll.

It is surprising that Germany, which is often said to have succeeded in taking measures against COVID-19, has a large number of deaths.

Looking at Japan, Australia, Taiwan and other countries that have been relatively successful in combating COVID-19 infectious diseases, "Because it's an island country?" we think, but I think that there is no difference in the conditions of land so much because Western countries are also doing "blockades of borders",

so "It ends there when the infection spreads." Until then is the battle.

It may be because of the countries we picked up,

but simply looking at the numbers, there are able to succeed in two types ①countries that thoroughly monitored the people and took measures, and ②countries that made a gentle call.

But I can say that Taiwan is completely successful.

Maybe the conclusion is not the correct answer.

What do you guys think when you look at this number?

That concludes this article!

It took me a few days to put it together, and it took a long time to conclude...

Thank you for watching until the end!

I am an Australian (slightly British) type of

"the government does not stop the economy, and if there is an infected person, the government will quarantine it. During that time, the income will be compensated. "

"The government will provide financial compensation to companies and individuals"

I was wondering if it was good!

And what was the result?

*After that, it is now July, but the number of infected people in Japan has increased again.
After the emergency declaration lifted, the government is not taking any measures and the number of infected people is increasing, but on the contrary, the government is trying to enforce the mitigation schedule.
Japan may have missed the final tightening.