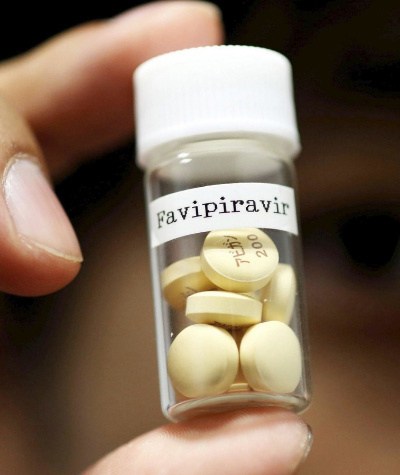 It was a chilly day in Tokyo today!

Since I'm cold, I'm out in mid-winter clothes,

but as expected, there weren't any people wearing heavy clothes,

so I stood out. lol

The story of medicine continues in the news for the past few days in Japan!

This time, as the title says, it's about "Abigan (Favipiravir)".

I introduced it as one of the therapeutic drug candidates in this blog before.

various people, including entertainers in Japan, have said on TV and news that "it has been cured by "Abigan (Favipiravir)",

so everyone knows it already! ?

Regarding such approval, it was reported yesterday about the "approval" by the "Japan Medical Association Experts' Conference" "worried about the early approval of Avigan."

The reason is that

①Teratogenicity (side effects may cause malformation)

80% of new coronavirus (COVID-19) patients will be cured naturally without using "Abigan (Favipiravir)",

so it is still unknown whether it is effective or not.

And claims as follows.

“Once approved, it will be difficult to verify the drug, so it should be firmly clinically tested without early approval.”

In the first place, Avigan has already been approved as a "flu drug",

"Since it is currently being debated whether to approve it as a "new coronavirus therapeutic drug",

"If It's already the existing drug (already approved drug as other ilness drug), it is applicable even without early approval (it is an influenza drug, but it is used for COVID-19 treatment) ) And wait until approval ”

That is the claim of the Japan Medical Association.

Certainly, if we are ordinary people, it will work and if it can be covered by insurance without being expensive, it is all right.

... we want to feel relieved that it has been approved properly.

in Russia there is such a report,

The contents is that

"Of the 40 people who received favipiravir, 60% had a negative test within 5 days."

"This means that the treatment period will be halved."

"(If used at an early stage) 50% can prevent it from becoming serious."

About Abigan Which is right?

"Be careful because the effect is unknown" in Japan.

I think there is no doubt that it will work wether the approval is in effect or not.

By the way, personally