トップ > 英語 (english) > Cancellation of the emergency declaration on May 14! [New Coronavirus] 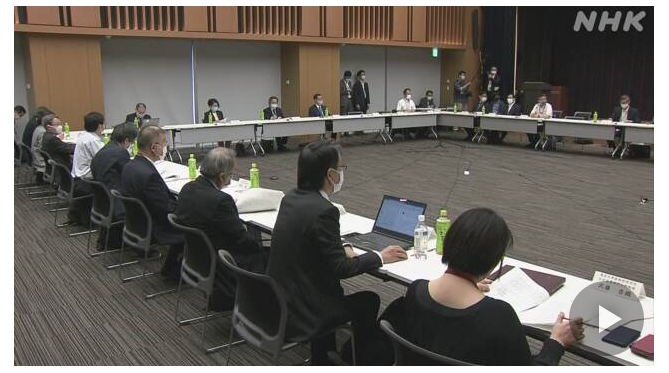 As long as I can't wait for Abe's meeting in the evening (lol) ,

a while ago, I posted it on my blog,

I would like to organize the contents of the government's advisory committee on the declaration of emergency situations!

It seems that 39 prefectures can lift the declaration of emergency.

( Those include some part of "Specific warning prefectures" )

It was suggested that the prefectures should be divided into three categories because it is necessary to take measures according to the infection status even after the cancellation.

(* Governor of each region determines which of his / her place)

・ Approximately half the number of new infected people in "Specific Warning".

・ Ask for refraining from unnecessary and urgent movements across prefectures.

・ Small events can be held

Prime Minister Abe will hold a press conference today on the evening of May 14.

The basis of cancellation is that

However, it is not limited to that but comprehensively judged.

If the infection spreads again, declare an emergency again.

*  But no specific numerical criteria are shown.

Even if the government declared in 39 prefectures,

・They ask for refraining from holding large-scale events.

・They also seek refraining from unnecessary and urgent traffic with the remaining 8 prefectures.

Chiba and Kyoto have a strong connection with Tokyo and Osaka, so the number of infected people is decreasing, but the emergency situation cannot be lifted.

The remaining eight prefectures may be canceled on May 21,

there is an opinion that it is necessary to determine the deadline of May 31.

That's all about that.

It is very strange in the second half ...

⑦Even if they canceled it, they might ask for too much.

I would like to set a strict standard for the release, so that it should be securely sealed before releasing it, but this is always the case in Japan ...

I think that this time I will always look at the small number of people in the city and how busy the train is, but in Japan it is not the government, but everyone is dealing with it firmly.

I once again thought it was a great country.

Now, let's wait for the evening!