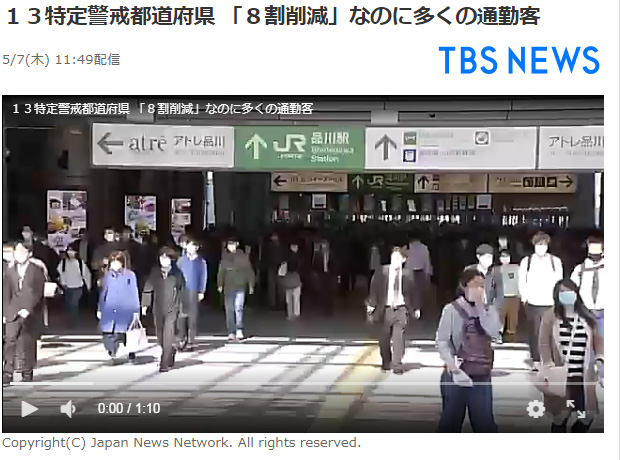 Today is the first weekday with an extension of the emergency declaration!

【Very crowded at the end of GW ... Noisy "commuter train" seen on Twitter】(*NAVER)

As long as you see tweets and images on Twitter in the article, tthe occupancy rate is certainly less than 100% ..

◆A guide for 100% congestion
Capacity boarding.

◆A guide for 200% congestion
There is a feeling of pressure when the bodies touch each other,

◆A guide for 200% congestion
Every time the train shakes, body becomes slanted and I can not move.

Can not move even the hands

that you can imagine!

I feel that there is still a self-restraint effect,

The extension was decided during the consecutive holidays...